For privacy reasons YouTube needs your permission to be loaded. For more details, please see our Datenschutz.
I Accept

The glass can be produced in any kind of cuts or model forms and assembled with commercially available fittings. The use of colored foils creates further diverse design options.

The actual design of vetroLoom results from the arrangement of the LEDs. They ensure the extraordinary liveliness of the illumination. Due to the LED-backlights in the surface or at the edge of the glass, the light points of the LEDs in the fabric become lines of light that curve into the depth of an imaginary space behind the glass.

The light structures created with the help of special lighting fabric allow shapes and bodies to emerge in different, fascinating forms whose optical depth is significantly greater than the construction depth. The use of RGB LEDs also ensures dynamic color changes and intensities.

Overall, there are three different effect fabrics available for vetroLoom, which also come unlit with different looks and levels of transparency. 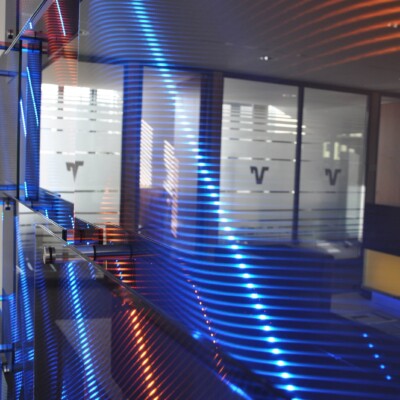 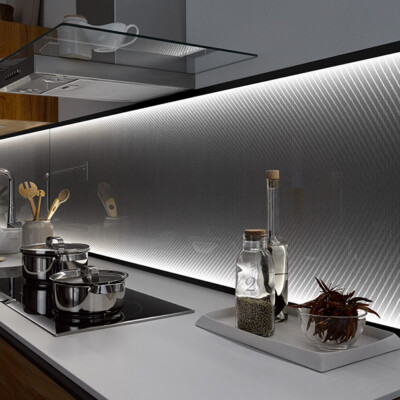 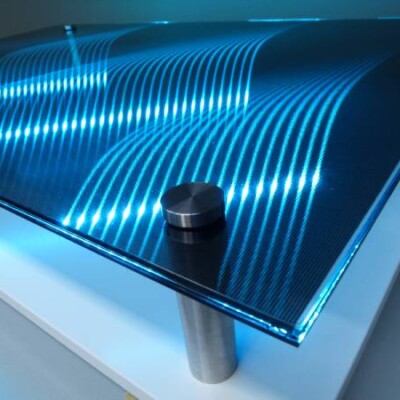