Our certified quality – QUALITY is a top priority at Sollingglas.

This is ensured by comprehensible and documented processes as well as by our 100% production control and final inspection through strict internal and external monitoring. Our outstanding quality is regularly certified by the renowned Ift Rosenheim, the institute for research, testing and certification.

For us, quality assurance also means that we buy our raw materials only from suppliers who serve our highest demands. We only manufacture products which satisfy your and our highest quality and safety standards.

Quality assurance is for us continuity and future orientation at the same time. This is why we regularly train talented junior employees in the best of traditional craftsmanship and through our multiply awarded training performance. We are proud of our junior employees who also emerge as national winners in their respective performance competitions. This ensures our high-quality standard for the future. 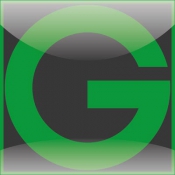 OUR KNOW-HOW AND ITS HISTORY

The success story of Sollingglas Bau u. Veredelungs GmbH & Co. KG starts with the foundation of the business Solling-Fenster und Glasmontage on 1st of July 1976.

The first vaulting kiln was installed in 1978, initially as a mere assembly plant. In 1980, the company started with the refinement of insulating glass for front door panels with an additional extension of the finishing depth through sandblasting and lead glazing.

In 1986, the name of the rapidly growing company was changed into Sollingglas Bau u. Refining GmbH & Co.KG. The first trainee started his apprenticeship and in 1989 there were already 25 employees.

After further extensions in 2007, the company started to produce laminated glass. In 2011, the production of an insulating glass line for small panes up to 2100 x 900 mm was started. In 2013, an assembly-hall nave and the shipping hall followed, as well as the installation of an oven for toughened security glass for small panes with a thickness of 2 mm. After many trials in 2015, it was also possible for the first time to temper hand-blown real antique glass in order to make it more resistant.

Sollingglas Bau u. Veredlungs GmbH & Co. KG is a manufactory with currently 45 employees in Derental, Germany that combines craftsmanship with state-of-the-art technology and counts on solid expertise as a training company for manufacturing and management. Within this framework, we have made a name for ourselves in glass processing in the field of front-door panelling, in historical restoration glassware and technical glassware throughout Europe.

GET IN TOUCH WITH US

We are your partner for all matters relating to the processing and refinement of glass. Contact us! As experts, you should talk to experts!